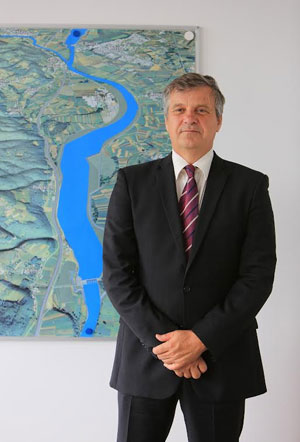 Established in 2008, Hidroelektrarne na Spodnji Savi, d.o.o., (HESS for short) is a Slovenian hydroelectric power company, a limited-liability company with 44 employees. Its core mission is to facilitate and promote the construction of new hydroelectric power plants and to engage in electricity generation that is sustainable, reliable, competitive and environmentally friendly.

With its project to build HPPs on the lower Sava River, the company HESS currently ranks among the biggest developers of renewable energy sources both in Slovenia and the wider region. Also, the project will help generate a significant proportion of electricity from renewables, allowing the Republic of Slovenia to deliver on its commitments to the EU in terms of renewable energy sources.